How NOT To Keep Repeating History 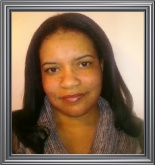 Getting to know someone is very hard and time consuming. In the beginning, everyone is tempted to judge a person by their own past experiences…this goes for both men and women. We all have past experiences we use to predict events in our daily lives. We know if we leave toast in the toaster too long it will burn and if we don’t take a jacket with us we may be cold later at night. We can prepare for these things by timing the toast right and being prepared for the weather but you can’t use your past experiences to determine how someone else should behave or react to situations.

I have met some pretty crummy guys but I have met many more who were caring and ended up being great friends. The thing I have learned from them is that they too have had terrible experiences with women. Some have been cheated on multiple times by their ex-wives, have been abused physically and emotionally, have been taken for granted, and have been used to the point of even raising a child that was not theirs.

Let me tell you a story. I dated a guy a little over ten years ago. He was very attractive and we got along pretty well. We were both in our twenties and a little hot headed but, for the most part we were compatible. We both had children when we were young and we grew up in the same area. Our families even knew one another. We spent a lot of time together but as time went on I noticed it was difficult to reach him and I was suspicious that he was seeing someone else. I soon learned he was seeing other people although he assured me he was not. Of course, I was furious.

I cried, vowed to be single, and I even decided that I wouldn’t date any more black men! But, my reaction was totally wrong. Why? Because what he was doing wasn’t about me. It wasn’t because I was lacking something, it wasn’t because he was black, and it wasn’t because he wanted to hurt and/or destroy me. He was doing it because it was what he knew. While we were dating his father died. His parents were in their 60’s and had been married for nearly 40 years.  His father had several children by several different women outside of the marriage, I believe

there were three. They ALL were welcomed to his home and they all called his wife “mom”.  His mother never left his father and she endured the hurt quietly. After his father passing and his mother grieving for a while, she began to voice how unhappy she was and how poorly his father treated her. He had NEVER heard his mother speak ill of his father before. To him, this was what I woman should be able to endure because his mother could and did.

I know another woman whose husband had children outside of her marriage as well. Even as an elderly woman she told her children and even her grandchildren that they should always have someone else on the side. As their parent her children believed this until they were old enough to realize she was just masking her hurt. They had ruined some relationships early on because they believe this was the correct way to behave.

My point is (yes, there is actually a point) everyone has a past that influences how they react to their present situations. If you always make things about you, how you’ve failed, how you aren’t enough, and feel self-pity…you will never experience happiness. Being enough by yourself, remaining calm, discussing family with your date will give you some insight and help you understand some of their behavior.

By no means am I saying that you should tolerate lying or cheating. However, I am saying dragging their family issues with you on to your next prospect isn’t productive. To say all men cheat, all men are no good etc. because of someone else’s upbringing is counterproductive. Let them keep those issues within their families and move on to creating more positive experiences and relationships.