The Prophet Speaks: The State Of Black America 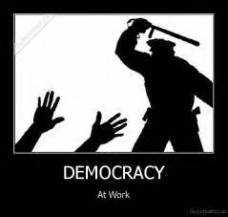 Those people create words to fool and mislead, and most have no idea that they are being hoodwinked. For example, white folk say the word “nigger” is too painful for them, but they say the “n-word” is not. They are still calling you a nigger with the revised version of the word! So what’s changed!

Then “they,” told us that racism is dead and we now live in a post-racial society. Does anyone see that as truth, let alone believe it! “They” are calling the times in which we live the new millennium that is suppose to make the world happy again as they try to “take back their country.” I say, and speak for black folk, “we have not overcome”. In fact, black folk are worse off than at any time in the history of Black America.

In this new millennial, as they call it, there is a black face in the White House and American supposedly evolved concerning matters of race. The truth is: there is more significant poverty, dire health issues, less educational opportunities, the school to prison pipeline, an explosion of the prison industrial complex, weekly killings of unarmed black people by the law for virtually nothing, unemployment unraveling black communities and family. Still, black people continue to believe and hold on looking that better place when you’re dead!

My friends these conditions are reminiscent and worse than they were under Jim Crow segregation or slavery. However, what is more pronounced and the most serious problem today is the occupying forces that reign terror on communities where black people live. In the early 1960s, Minister Malcolm X gave a speech about the problem of unlawful police actions against black people in America that is as real and dangerous today as they were then.

Listen to this powerful message concerning police brutality that continues some fifty years later. They said then as they say now, if more blacks were on the police force – police brutality would end. Well, time has shown us this was not true then or now! The black officers are worse, and most are people who remind me of my uncle Thomas, who we call Tom. And that’s my thought provoking perspective…

Welcome to Thought Provoking Perspectives a blog designed to be a potent source of empowering knowledge to broaden the information base with those who share my passion for the written word and the empowerment of thought. END_OF_DOCUMENT_TOKEN_TO_BE_REPLACED
This entry was posted on Monday, October 19th, 2015 at 4:10 am and tagged with African American, America, crime, government, history, human-rights, justice, PBS, police brutality, racism, Reparations, slavery, TA-NEHISI COATES and posted in African American, black issues, GOP, history, Obama, police brutality, Politics, racism, Republican. You can follow any responses to this entry through the RSS 2.0 feed.
« A Salute To Motown Records
Manufactured Perception: Don’t Believe The Hype »

One response to “The Prophet Speaks: The State Of Black America”