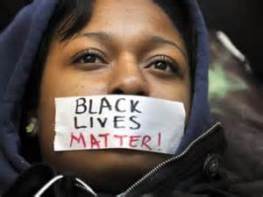 Well, Well, Well!!! Over the weekend, I heard the stupidest thing I’ve ever heard. America’s Top Cop said, in essence, cops are afraid to do their jobs because of the Ferguson Effect. Is he admitting that their job is to kill unarmed black people or that they are doing wrong and don’t want people to evidence it? Frankly, no one thinks this is true, not even him, unless maybe the folks at the FOP, who are paid to make sure the cops get off when they kill. If what he said has any merit, fire them for not doing their job like anybody else.

In light of the horrible history of his agency I thought, at first, old man Hoover visited him in his sleep. I am sure this guy knows the history of his agency when Hoover had a vendetta against the black community. My entire life I have known, read about, seen police brutality and corruption by cops. Just a reminder for those who didn’t know, the primary reason the Black Panthers were formed, carried guns openly was because of extreme police misconduct, and abuse upon the black community. Remember, Hoover versus Dr. King; Hoover versus the Black Panthers, Freed Hampton or any other black organization trying to secure equal right for black people. Or maybe he forgot about COINTELPRO!

Now, the conversation has shifted to Black Lives Matter Organization comparing them to the Klug Klux Klan with attempts to demonize the group and shut them down. In my opinion, this guy and his agency should be out front leading the charge for better law enforcement. But it is not! It sounds like he is providing cover or attempting to cast shade on the evil being perpetrated by these shameful police actions against black people. The American people have every right to protest against the almost daily killing of unarmed black people.

Let me recap; Comey’s statement blamed the increase in shootings and killings, in part, on the frequency of civilians reaching for their smartphones to document anything from traffic stops to protests. On Friday, he told several hundred students at the University of Chicago Law School the “era of viral videos” has led officers to feel they’re “under siege” and unwilling to get out of their cars.

The New York Times reported several people at the Justice Department “privately fumed” at the remarks. The White House on Monday slammed FBI Director Comey’s notion that pervasive cell phone footage featuring police actions has led to an uptick in violent crime. Earnest said there was no evidence to back up Comey’s statements. “In fact, you hear law enforcement leaders across the country indicating that that’s not what’s taking place,” Earnest said.

Comey also said, the prevalence of drugs and guns may be to blame. On Monday, he reiterated to a group of law enforcement officials at the International Association of Chiefs of Police that he had a “strong sense” officers were changing their behavior for fear of being caught on camera. Does he not get it, that is the exact reason for videotaping the despicable behavior because their superiors are doing nothing to stop the lawlessness taking place in the police ranks. Everybody knows and can see the behavior we have seen within the racks is downright despicable.

As if he does not believe there is something called the First Amendment; he went on to say, “Each time somebody interprets [the] hashtag ‘Black Lives Matter’ as anti-law enforcement, one line moves away, and each time that someone interprets [the] hashtag ‘Police Lives Matter’ as anti-black, the other line moves away,”.  He said, using an analogy of two lines, one representing law enforcement and the other local communities.

Those folks preach about all the good cops out there and praise them as heroes. Seems to me, if there are so many good cops, where are they when the bad ones are doing and inflicting terror on the community, particularly black communities around this country. Is it because Ferguson exposed the diabolical actions of the police that he is referring too that some change is taking place. Maybe that why he says the Ferguson Effect is dangerous.

The remarks noted in his presentation lend no credence to the so-called Ferguson Effect; even though Comey has conceded himself there is little evidence to support this theory. In case you don’t know the term is named after last year’s unrest in Missouri, which was coined after the killing of Michael Brown and linked the rise in violent crime to harsh scrutiny over officers’ use of force. In fact, the rise in murder rates, which launched the notion that “#BlackLivesMatter Costs Black Lives,” has drawn harsh criticism mainly from the right wing folks and conservatives.

The Atlantic’s Ta-Nehisi Coates has adamantly stated, and I agree, “There is no Ferguson effect” and called the link between crime and less-aggressive policing “utterly baseless.” Why doesn’t he and others see that what they call law enforcement, we call a gang of lawless thugs who are nothing more than an occupying force, who operate with impunity in the use of force against the people who they are paid to protect and serve. Let me say this – I have never in my entire life had a positive encounter with the police. So dude, what you proclaim is as much a fantasy as Peter Pan!!! And that’s my thought provoking perspective…

Welcome to Thought Provoking Perspectives a blog designed to be a potent source of empowering knowledge to broaden the information base with those who share my passion for the written word and the empowerment of thought. END_OF_DOCUMENT_TOKEN_TO_BE_REPLACED
This entry was posted on Tuesday, October 27th, 2015 at 7:48 am and tagged with #blacklivesmatter, Black Panthers, COINTELPRO, crime, FBI, Ferguson, history, justice, law, Martin Luther King, PBS, police brutality and posted in African American, black issues, GOP, history, Obama, police brutality, Politics, racism, Republican. You can follow any responses to this entry through the RSS 2.0 feed.
« Ole Miss Removes Mississippi Flag with Confederate Emblem from Campus
Where Is The Protest And Rage »

One response to “Commentary: The Ferguson Effect”