Pimp’s In The Pulpit 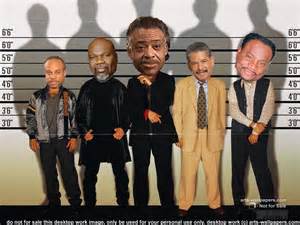 It is no secret that black people are the most religious people on the planet, and we know black women will out Pope the Pope. But today, I thought it might be timely to re-post this article in hopes that some of these good Christian folk will take a good look at the messenger that stand in your pulpit. I know it sounds bad, but far too many are little more than “Pimps in the Pulpit”. Therefore, on this Sunday morning, I thought it might be a good idea to share this message for the lost sheep who follow blindly some of these crooks, and you know who they are!

I know, talking about religion or the church is hardly a good idea to in the minds of some. It was evident when I wrote this several months ago. I got berated with comments from many so-called Christian’s “Damning me to hell”, and you know Christians do that well. However, I hope most will understand my point is this: when the black church community take an honest look at itself for the benefit of the community, and families is what is an important benefit to all us.

Don’t get me wrong. I love the “lawd” as much as the next person who claims they do. I also love and can appreciate “The Word” and will say there are “some” good pastors out there. Just as there are those, who have raised hell all of their lives, gone to prison and worse. I think we all know many like this and those sleeping with the ladies and young people of the congregation, yet they claim to have been called to deliver the Word. So why can’t people see, in many cases, all is not what it seems. Let’s be careful and not confuse the man or church with Christianity or Spirituality.

Let’s be real, you know the scenario – I’ll call it the drama. A pastor gets caught in some scandalous behavior like stealing money, committing adultery, having a child by a member of the church family or worse. The word spreads; a few fed-up members leave the church. The “incident” is downplayed or swept under the rug, and eventually, the congregation moves on as if nothing ever happened. Black churches are notorious for their unwillingness to shake bad leaders. Even in the face of undeniable evidence of gross sin, some congregations maintain their commitments to shady characters with an almost addictive like quality.

When this happens, it tends to inflict damage far greater than their collective work. Frankly, it spells disaster for its mission, its people, and the faith of the community. The little country church I attended as a child had a preacher I admired greatly because he told the truth. He once said, “The Bible has been rewritten 28 times. If the first version was God’s word; Why then would man need to rewrite the word God left for us?” When I got older and saw him outside of the church in his Caddie, he told me, “There is a lot of money in Jesus name.”

I thought then and sometimes now that it is like the wolf guarding the sheep. There was a time when the church was there for the community, and now it seems the people are there for the church. Think about that for a moment. During the Civil Rights era, the church was the foundation that changed the world. Pastors put their lives on the line, and many died for their community and the people of it. Do you know any preacher today like that; just name one preacher who would do that today? Probably can’t!

I went to a church some time ago – they called it a mega-church. The first thing I saw was an ATM machine. What came to mind was the day Jesus turned over the tables of the money changers in the temple. More outrageous was the preacher was ten years old. I will admit it was a great show but with respect to the ten-year-old preacher – Negro Please! My point is this; be guarded with respect to the messenger. Some churchgoers believe pastors (even bad ones) are virtually untouchable, or they are all knowing like God speaks through them. They are human, and most have self-serving agendas.

People who hold this view will protect a corrupt pastor by immediately denying or dismissing any allegation of misconduct before careful consideration. Sometimes the congregation will blame the victims for their victimization. For instance, many women find themselves blamed for having been sexually harassed by a corrupt pastor. Should they find the courage to speak out, they are often branded as “troublemakers” and/or demonized as a part of the devil’s scheme to bring down the ministry.

For the record, the Bible does offer human protections for congregations in the form of multiple pastors. It promotes real pastoral accountability from a group of people who know the day-to-day ins and outs of that particular congregation and who are qualified to recognize and call out pastoral misconduct. I know this is a HUGE paradigm shift but before you prejudge it, check out these biblical references to see if they support a single or a multiple pastor model for local churches. (see Acts 11:30, 14:23, 20:17, Philippians 1:1, Titus 1:5, 1 Timothy 5:17, James 5:14)

The Bible never said anything about Christians remaining loyal to corrupt leaders. In fact, the Bible clearly forbids churches from clinging to such pastors. 1 Timothy 5:20 says “As for those [pastors] who persist in sin, rebuke them in the presence of all so that the rest may stand in fear.” There are precious few congregations willing to obey this Biblical command. Can you imagine a local Black church publicly reprimanding a corrupt pastor by bringing him before the congregation, calling out his sin, and “sitting him down?” I doubt it!

However, in many cases, this is exactly what God’s word require. For you haters who will offer negative comments concerning this article. I simply ask that you judge not. This can be done by looking in the mirror. Further, you need to look no further than your local or national news to see that there are wolves preying on their flocks. 1 Timothy 5:21 insists that even pastors should receive no special favors or leniency when it comes to sin. It says, “In the presence of God and of Christ Jesus and of the elect angels I charge you to keep these rules without prejudging, doing nothing from partiality.”

Pastors aren’t God’s and you so-called Christian’s dishonor what you claim to worship – the Lord himself by acting as if they are. We need to take pastoral integrity very seriously and avoid the physical, psychological, and spiritual devastation to our communities and ourselves. It is time to demand that pastor accountability occur and not being an accomplice to the “pimp in the pulpit”. There is a saying “game knows games” and these false prophets are playing a game with your soul. And that’s my Thought Provoking Perspective…

Welcome to Thought Provoking Perspectives a blog designed to be a potent source of empowering knowledge to broaden the information base with those who share my passion for the written word and the empowerment of thought. END_OF_DOCUMENT_TOKEN_TO_BE_REPLACED
This entry was posted on Sunday, January 24th, 2016 at 6:00 am and tagged with African American, baptist preacher, Bible, Church, CLERGY, God, Gospel, Jesus, PASTORS, PBS, preahcer, religion, spirituality, theology and posted in African American, black issues, education, GOP, history, Obama, police brutality, Politics, racism, Republican, slavery. You can follow any responses to this entry through the RSS 2.0 feed.
« False Witness
This Black History Month »

17 responses to “Pimp’s In The Pulpit”