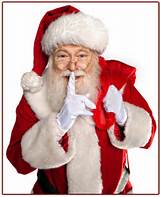 There are so many fallacies associated with every holiday with none more than Christmas. We know European’s created many myths presented as truth. In fact, what we worship in the form of religion is actually a collection of historical stories stolen from cultures that predated what we know as Christianity. What they have us practicing, worshipping might be a better word, through their religion and churches is little more than brainwashing to fund an economic engine for the benefit of those who drive the machine, and frankly, has very little to do with Jesus or God.

They created a holiday called Thanksgiving and each year after the Thanksgiving spending spree, most people’s thoughts turn to Christmas. It is a thirty-day mass-marketing celebration of a time when most people, you should think would be focused on the birth of Jesus Christ and the day of his birth. After all, it is called “Christ-mas” season!

Christian’s and non-Christian’s alike celebrate this assigned holiday honoring the birth of Christ, which has become the biggest economic period of the year. The origins of Christmas evolved over two millennia into a worldwide religious and a secular celebration that derived from many pre-Christian, pagan traditions into the festivities along the way for the rich to get richer. I don’t have to tell you that there is a lot of money in the name of Jesus.

Now, I don’t have to remind you of the traditions associated with the day has nothing to do with the Saviors birth. For example, Rudolph the Red-nosed Reindeer, holly wreaths, decorated trees, mistletoe, season’s greetings cards, seasonal music, and “chestnuts roasting on an open fire.” However, my personal favorite is this jolly white man called Santa Claus that is associated with this holiday and usually the face of it that brings warm feelings to those who celebrate it.

Almost every child the world over has been conditioned to believe this myth. Two things here, if you are African American, few white men in the history of white men period have given black people “anything,” rather it is this group that black people gave to them, in most cases their hard earned dollars. Second, most do not have a chimney for him to shimmy down with the gifts to put under a pine tree. The sin in this is that you work to earn money, buy the presents, and lie to your children telling them that a jolly white man cared so much about them and gave them the stuff for being good.

Dr. Clement Moore, a professor at Union Seminary, published a poem in 1822 based on the character Santa Claus: “Twas the night before Christmas, when all through the house, not a creature was stirring, not even a mouse. The stockings were hung by the chimney with care, in the hope that Saint Nicholas soon would be there…” Moore innovated by portraying a Santa with eight reindeer who descended through chimneys.

The Bavarian illustrator Thomas Nast almost completed the modern picture of Santa Claus. Before Nast, Saint Nicholas had been pictured as everything from a stern looking bishop to a gnome-like figure in a frock. Nast also gave Santa a home at the North Pole, his workshop filled with elves, and his list of the good and bad children of the world. All Santa was missing was his red outfit.

In 1931, the Coca-Cola Corporation contracted the Swedish commercial artist Haddon Sundblom to create a coke-drinking Santa. Sundblom modeled his Santa on his friend Lou Prentice, chosen for his cheerful, chubby face. The corporation insisted that Santa’s fur-trimmed suit be bright, Coca-Cola red And Santa was born; a blend of Christian crusader, pagan god, becoming a commercial idol and what we now know as the face of the holiday.

To add some context to the Christmas story; there were no existing eyewitness’ or contemporary accounts of Jesus at the time of his birth. All we have are later descriptions of Jesus’ life events by non-eyewitnesses, most are obviously biased. Little can be gleaned from the few non-Biblical and non-Christian sources, with only Roman scholar Josephus and historian Tacitus having a reasonable claim writing about Jesus about 100 years of his life.

Scholars agree even that although the accounts of the child’s birth are shrouded in controversy, with disagreements over what parts have obviously been changed by Christian scribes. The fact that both of these authors were born after Jesus died says they received their information second or third-hand, and it is odd that centuries past before Christian apologists start referencing them.

I know most believers, who are excitedly preparing for their Christmas celebrations would prefer not knowing about the holiday’s real significance designed purely as an economic engine. If they do know the history, they often object that their celebration has nothing to do with the holiday’s history and meaning. “We are just having fun and spending your money.” And that’s my thought provoking perspective…

Welcome to Thought Provoking Perspectives a blog designed to be a potent source of empowering knowledge to broaden the information base with those who share my passion for the written word and the empowerment of thought. END_OF_DOCUMENT_TOKEN_TO_BE_REPLACED
This entry was posted on Tuesday, December 20th, 2016 at 7:00 am and tagged with christian, Christmas, Church, decorated trees, holly wreaths, Jesus, mistletoe, non-Christian, religion, Rudolph the Red-nosed Reindeer, Santa clause and posted in African American, black issues, education, GOP, history, Politics, racism, Republican. You can follow any responses to this entry through the RSS 2.0 feed.
« Mis-Education And Information
The Meaning Of Christmas »