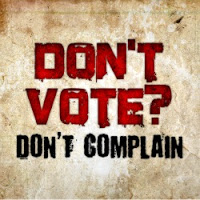 I often praise the most powerful man on the planet, President Obama, and yes because he looks like me. Our president is strikingly handsome, articulate, likable, a family man, and one of the most accomplished man to occupy White House in many years. Let’s face it; his being elected twice to be president is the most significant event to occur in history since the crucifixion of Christ. No one living or dead ever dream a man of color would live in the house that slaves built. The question now is where do we go now since he will soon be leaving office?

I have said from the beginning of his term that there is not much he could do to correct the wrongs of our past. I think we know his power is restricted, as is any president. However, what he can do and has done though Mr. Holder is to address some of the problems we’ve faced in the justice system, which is a really good thing. Ray Charles can see that the court system is the enemy of our people. Now, if only he has the opportunity to appoint a Supreme Court Justice or two and this legacy will affect the system for generations.

There is no question his enemies make stuff up and blame him for everything that happens anywhere in the world – Obama is at fault, and the GOP has been doing this since President Obama took office in 2009. We know they have tried to do everything they could do to make sure he is erased from history. It’s my opinion that these conservatives and others want to make sure that no other black man or person of color ever lives in the White House again.

The president, regardless of what he has or has not done is my hero. This is why; he has been a sterling example of possibilities for future black children to aspire to great heights. As far as his job is concerned, he has done more than the last president, by the way, is never mentioned in any conversation because for all the blame placed on Mr. Obama; the root cause of them was because of the Bush, who caused the destruction of lives and treasure.

Yet, the GOP and Tea Party are saying America is now being destroyed because an ethical, intelligent man is in power. Then there are the rest of the clowns trying to undermine him – wow – what a pitiful lot, but I have seen people like this before. They were once called the “Citizens Counsel”.  I can go on and on, but I won’t because everyone can see this power play. They have been doing it since they stole the country from the Indians.

But more appalling these folks deny and are trying to remove the social networks that are designed to assist the needy. To them it doesn’t matter whether you are old, children, or the sick. They make real people suffer because they hate Obama. President Obama is certainly not a Socialist, as evidenced by his love for capitalism and how he helped save it. He doesn’t want the government to run your life; he simply wants a government that enables people to be able to run their own lives.

Saying that Obama hates white people or rich people is about as useful as throwing sand in the sandbox… it’s obviously childish and holds absolutely no proof or clout except for being a nuisance. Obama has undoubtedly proven that he is not soft on terror – just ask some of the world’s most sought after terrorists who now rest in peace.

He has also proven that he is not weak on immigration with record numbers of deportations every year since he has taken office. Obama has opened the lines of communication up further than most Presidents in the past have been able to between Israel and Palestine. He has also made it clear that he believes it’s a woman’s right to choose, although his choice is life.

We will soon have to choose is replacement, a new Congress, and House members. The up-coming elections are the most important of our time and if you don’t choose to vote. You have nothing to say. VOTE!!! And that is my THOUGHT PROVOKING PERSPECTIVE!