The Surge Of The Southern Strategy 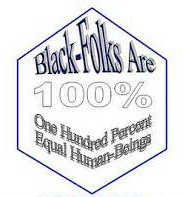 I can remember an old joke told when I was a child that said, “What has four eyes but cannot see; the answer was Mississippi”. This was a reference to the blatant racism, murder, and lynching of black people was something they could not see. The officials conspired to sweep it under the rug! In what would be viewed as modern times, the joke has been updated to say, “What has two eyes but cannot see; the answer is Missouri!!!” Obviously, it appears, not much different than Mississippi 40-50 years ago. Yesterday’s police press conferences made that painfully clear.

I spent some time in Missouri in the early 1970s, and it was NOT a vacation. I was in the military stationed at Ft. Leonard Wood, and it was so bad that I would have felt safer in Vietnam, which I did go to Vietnam where I did feel safer! From the looks of things, not much has changed. Although, technically, Missouri in not in the south but as Malcolm said, “anywhere south of Canada is south in America.”

I think it’s important to remind you that it was in St. Louis that the Dred Scott case occurred. In the Supreme Court decision, known as the Dred Scott Decision, it said, “There are no rights a Negro has that a white man must respect”. This coupled with what was written in the Constitution that says a Negro is 3/5ths a human. This is to include the Civil War where frankly, there are many who seem to be still fighting it; notwithstanding, the Apartheid system of Jim Crow that followed all of this.

I wonder if some of these people realize that this is not your “Grandfathers America”. I know there are those who want to go back to the days of black and white television, and everything else black and white, meaning “segregation”. After all, it has been said repeatedly – “We want our country back” and as a result racism is up, and human rights are down. It could be said; this is a mandate! There are comments by those from the right, who claim “there is a war on white”. I think, based on the display in Ferguson and from the police – it is a war on black people.

As we witness this sad irony; let’s be mindful that what we see is no different than the Willie Lynch Syndrome at work and until they attacked and arrested the media. All of the info transmitted by the people of authority has been negative, which is to say it is “those people”. Do not fall for the word games played. We saw the war machine on display and remember all of this began, as a result, of the murder of an unarmed young man at the hands of police.

These folks hired a “gang of thugs”, arm them to the teeth, and gave them a license to kill. Therefore, what else could be expected? It think it is a surge of the Southern Strategy or something more ominous as the American way! And that’s my thought provoking perspective…

The video is heart wrenching and ends with the caption:

Mike Brown was said to have been jaywalking and mouthing the officer involved. But since when has mouthing and jaywalking been punishable by death?

This isn’t a white vs. black thing. This is a citizens vs. brutality issue.

Here’s the video. The contrast between the neighbors’ raw and deeply emotional reactions and the police officers’ casual cruelty makes it hard to watch… yet hard to stop watching.