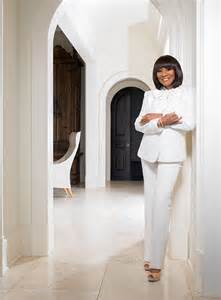 As I thought about a woman to give great praise and highlight during this month dedicated to great women and their achievements. My choice was Patricia Edwards better known to the world as Patti LaBelle or to those who love her as “Miss Patti”. She is renowned as a Grammy Award winning recording artist, author, and actress with over 50 years in the music industry. Miss Patti spent 16 years as lead singer of Patti Labelle and the Bluebells a group that changed their name to “Labelle” in the early 1970s and released the iconic song “Lady Marmalade”.

She started a solo career shortly after the group disbanded in 1977 becoming an established crossover success with “On My Own”, “If You Asked Me To”, “Stir It Up”, and the hit “New Attitude”. She has also recorded huge R&B ballads; “You Are My Friend”, “If Only You Knew”, and “Love, Need and Want You”.

Miss Patti possesses the vocal range far greater than any soprano. Her musical legacy and influence, she has rewarded her with inductions into the Grammy Hall of Fame, the Hollywood Walk of Fame, the Apollo Hall of Fame, and the Songwriters’ Hall of Fame. The World Music Awards presented her with the prestigious Legend Award. She has sold over 50 million records worldwide.

She released her self-titled album in 1977 to critical success, with the highlights being the dance singles “Joy To Have Your Love” and “Dan Swit Me”, and the pop-R&B ballad “You are My Friend”, a song she and her husband co‑wrote. Her subsequent follow-ups, however, 1978s “Tasty”, 1979s “It’s Alright with Me”, and 1980s “released”, failed to be as successful. Though well-established in some circles, LaBelle never followed her live performance success with hit records, which was often the case with the Bluebelles. In 1981, she was switched to Philadelphia International Records.

Miss Patti found success outside of music, performing on Broadway, TV, and movies. Her first film role was “A Soldier’s Story” and later issued for the soundtrack of Beverly Hills Cop. She garnered headlines in 1985 for her show-stopping performances, first at Motown Returns to the Apollo where she opened the show with Joe Cocker singing “You Are So Beautiful” where she received high praise. In the same show, she engaged in the so-called “infamous mic toss” between her and Dianna Ross during the show’s finale “I Want to Know What Love Is”. In fact, most views thought she stole the show.

A longtime resident of Philadelphia married Armstead Edwards, who had one child and tow adopted boys who were the children of their next-door neighbor after their mother died of cancer. Following the death of her youngest sister Jackie Padgett, the couple raised Padgett’s teenage children. In 2000, the couple announced their separation. Their divorce was finalized in 2003.

As lead singer of the legendary group Labelle, Patti LaBelle has been called one of the pioneers of the disco movement due to singles such as “Lady Marmalade” and “Messin’ With My Mind”. In turn, “Lady Marmalade” has been also called one of the first mainstream disco hits. Rolling Stones Magazine includes LaBelle in its 100 Greatest Singers List, citing her as an influencing factor to “generations of soul singers” including Luther Vandross, Alicia Keys, Beyoncé, Mary J. Blige and Christina Aguilera.Other singers who have been inspired by Patti LaBelle are Ashford & Simpson, Celine Dion, Donna Summer, Jennifer Hudson, Jody Watley, Macy Gray, Mariah Carey, Martha Wash, Paula Abdul, Fantasia Barrino, Whitney Houston, and Ariana Grande as well as Oleta Adams, and Regina Belle.

I could go on for days praising this woman for her longevity and accomplishments but space does not allow it. But, if you have ever seen this show-stopping songstress, I am sure you will agree. As the old adage says, she is one in a million, rather I would say she is one who only appears once in a lifetime. And that’s my thought provoking perspective…

The Sound Of Philadelphia: Kenny Gamble and Leon Huff

Happy birthday to Kenny Gamble one half of

these two giants who were equally as significant as the founders of Motown and STAX records because they created “The Sound Of Philadelphia” catapulting Philadelphia International Records into worldwide fame. Kenny Gamble and Leon Huff collaborated on a number of earlier R&B songs, but the pop hits did not arrive until 1966 with the Intruders and Soul Survivors’ We’ll Be United, Together, Cowboys To Girls, and Expressway To Your Heart among others.

They also wrote and produced Atlantic hits for Archie Bell & the Drells and Wilson Pickett. But most of all, they were instrumental in reviving the career of ex-VeeJay singer, Jerry Butler in 1967 with hits like Only The Strong Survive, What’s The Use Of Breaking Up and Hey Western Union Man on the Mercury record label. In 1969, the Neptune label was founded and distributed through Chess Records. Although Neptune released only four albums, it marked the starting point for Gamble and Huff’s collaboration. Upon a recommendation by the Intruders, they brought in the O’Jays and Thom Bell to join the label as an arranger, writer, producer and musician.

By 1971, Chess Records’ involvement with Soul Music declined, so Gamble and Huff signed a national distribution, music catalog and financial deal with CBS Records then changed the company name to Philadelphia International Records. Though no longer an independent record label, with distribution and financial issues behind them, their label was free to go in the positive message artistic directions it desired. What elements lead to the creation of their musical signature?

Gamble and Huff learned that a successful record label needed a strong cache of writers, musicians, arrangers and producers to maintain a stream of hits. They had the brilliance and luck to hire Gene McFadden and John Whitehead as associate producers and arrangers. Linda Creed joined Thom Bell to form a high-impact Soul Music writing, arranging and producing tandem at the company. Next, Gamble and Huff constructed a house band from accomplished session artists.

The O’Jays with Back Stabbers, Love Train, and For the Love of Money. They recorded the Jacksons, Jerry Butler, and other prominent acts on the label: Billy Paul (Me and Mrs Jones) and Harold Melvin And The Blue Notes (If You Don’t Know Me By Now and The Love I Lost), Blue Magic, Teddy Pendergrass, Jean Carn, Lou Rawls, The Spinners (Could it Be That I’m Falling in Love), Stylistics (Betcha by Golly, Wow), The Hustle by Van McCoy. The Three Degrees, and Delfonics (Didn’t I Blow Your Mind This Time), Patti LaBelle’s release of I’m In Love Again that reached gold sales status. They were hugely validated when Don Cornelius, producer and host of Soul Train asked the Three Degrees to do vocals for the show’s new theme track, with instrumentals by MFSB.

Gamble and Huff puzzled together dance rhythms, orchestral arrangements, and positive topical lyrics that established a musical signature having sophisticated soulful orchestration. Philadelphia International Records became a force in the Soul Music market and even drew praise from its rivals. With all the ingredients in place – the rest is history. Thank you guys! And that’s my thought provoking perspective…