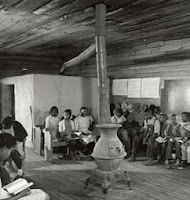 How do we prepare black children to be prepared to enter into a democracy that is driven by capitalism driven by racism? Before I continue, let me say clearly, that “Knowledge is power and power produces an understanding that education is the single most important ingredient necessary to neutralize those forces that breed poverty and despair.” This does not occur in our society as evidenced by the zip code of the student.

Since Brown v Board states have taken enormous steps to defer the education of black students. Whites have moved out to what is little more than segregated communities to establish separate but unequal schools. We have seen that No Child Left Behind does not work. Monies are stripped from budgets because of the insane war efforts and the military industrial complex. Let’s not forget we spend billion on the dream of space travel. So what is the answer?

They say Charter Schools and the privatization of schools systems – really! These options, in my opinion, are not the answer because there is little control or oversight by the educational system authority in most cases. The result is no accountability and corruption by its management. Hence, the student suffers! Let me go back to the issue of segregation – did you know that New York City public schools are the most segregated schools in the country followed by Dallas and Chicago. Shocking!!!

I am not going to dissect this issue now because I am researching for a future writing as I want to have statistics to support my contention, as I know I will be challenged. However, I have put forth what I hope is enough for some to dialog and hopefully take an interest. Every city in America has cut BILLIONs of dollars from the state’s education budget which will result in the loss of teachers. College education is becoming so expensive that most cannot endure the financial hardship.

Malcolm said, which is true, “Only a fool lets his enemy teach his children.” Fact is the education system is still “separate and unequal.” What I think this system does, I’ll call the state of miseducation that creates little more than boot camps for the other privatized entity call the PENITENTIARY!!! And that is my Thought Provoking Perspective…

Visit msnbc.com for breaking news, world news, and news about the economy