Fourth Of July: Independence For Who 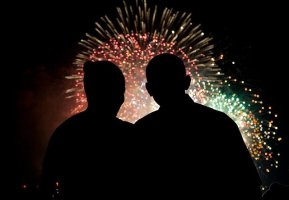 On this date, the 4th of July, America, white folk, got independence and wrote a document they called the Declaration of Independence in a nation that is as divided now as it was then on just about every level for every group but the Europeans. When revisiting our history, it reminds us how far we’ve not come. Please remember that 240 years ago slavery was the law of the land with all or just about all of the so-called founding fathers owned human beings as chattel. I guess you could say that this speaks to the character of these men.

The idea of Independence Day, commonly known as the 4th of July and a national holiday, which America commemorates the adoption of the Declaration of Independence declaring its independence from England. As was suggested at the time, Independence Day is commonly associated with fireworks, parades, barbecues, carnivals, fairs, picnics, concerts, family gatherings, political speeches and ceremonies. Oh, and lots of flag waving!

It was during the Revolution, the legal separation of the Thirteen Colonies from Great Britain on July 2, 1776. The Second Continental Congress voted to approve a resolution of independence declaring the United States independent from Great Britain. Thomas Jefferson the principal author of the document that Congress debated and revised the wording and finally approving it on July 4.

Historians have long disputed whether Congress actually signed the Declaration of Independence on July 4, even though Thomas Jefferson, John Adams, and Benjamin Franklin all later wrote that they had signed it on that day. Most historians have concluded that the Declaration was signed nearly a month after its adoption, on August 2, 1776, and not on July 4 as is commonly believed.

As we all know these famous words taken from the document: “We hold these truths to be self-evident, that all men are created equal, that they are endowed by their Creator with certain unalienable Rights, that among these are Life, Liberty and the pursuit of Happiness.” This makes one wonder what men they were talking about because by owning other men they surely did not consider black people.

Although this is a glorious day, there actually was not anything close to independence for most of the populous. Now, I like a good party as much as anyone, but this was not a party designed for anyone of color. In fact, I am positive that my ancestors who made that long captive journey in the belly of the beast across the Atlantic as a day of independence.

It is worth mentioning that not all the colonialists were keen on this whole independence thing either and by some accounts about a half-million were Loyalists to the British crown, and hung on to their royal connections. Now the author’s of His-Story, which is written by the victory, left out much of what really happened.

I will close with what is a remarkable coincidence, both John Adams and Thomas Jefferson, the only signers of the Declaration of Independence later to serve as Presidents, died on the same day: July 4, 1826, which was the 50th anniversary of the Declaration. Just a little piece of history another so-called Founding Father, who became a President James Monroe, died on July 4, 1831, thus becoming the third president in a row who died on this memorable day.

In spite of the fact that black people have never got equal treatment or thing they call liberty, then and now; what is it we have to celebrate! So enjoy the party’s and celebrate just being 3/4th human. And that’s my Thought Provoking Perspective…