Black America has produced great and mighty people since our existence in this land. But the powers that be has always found away to minimize their importance. Funny thing about revolutionaries they die and the crime is never solved!

I am generally not into or believe in conspiracy theories, but I have lived long enough to have seen this before. In the case of Prince’s untimely demise under suspicious circumstances. I am reminded of one of my granddaddy use to say. “this dog just don’t hunt!” It’s almost like “they” could not get the story right as to the cause of death. More importantly, when considering what happens to his product and the money makes me ask the question – is there any truth to what’s being reported. I think he was killed!!!

Let’s get go back in time and look at the history of black music artists. First and foremost, NO black performer has been allowed to obtain and fully own the music! We have all heard the stories back to Sam Cooke, Otis Redding, Tupac, Whitney, and Jimi Hendrix, who fought for the rights to their masters and suddenly died. Michael Jackson, who did own the Beatles’ catalog and the music of others died mysteriously and Prince! Each of these artists was or had been in furious battles with the music industry forces all dying under suspicious circumstances.

I think it’s more to it than the price of fame! Those forces regained control and profited greatly when each died. It is important to note that a few days before Prince’s death, at his last public appearance, he told fans to ‘Wait a few days before you waste your prayers.’ These sound like the words of someone who knew he was in the crosshairs. Noticing the parallels with Michael Jackson’s death and other black music icon are astonishing.

Here are some important questions: Who will wrest control of Prince’s enormous back catalog now he is dead? Will Warner Brothers buy the rights to his music from his heirs in a cut-price deal, the same way Sony got their hands on Michael Jackson’s catalogue after his death? Who gets control over the thousands of unreleased songs in his vault? It has been suggested by music industry sources that his songs could be used for the next hundred years by manufactured, replaceable, corporate-enslaved pop stars. This amounts to trillions of dollars.

In the classes I teach, I have a favorite saying that I preach – “if you follow the money, you will always get the right answer!” Just watch and see who gets the money, you will find out who is the culprit!!! And that’s my thought provoking perspective…

Afeni Shakur, whose government name was Alice Faye Williams, born January 10, 1947, has died – May 2, 2016. Although her journey may have been rough at times, she produced the late rapper, Tupac Shakur, which proves that if you can’t change the world, you can produce the person who will! She was an American music, businesswoman, philanthropist, political activist and a Black Panther.

I lost a son, so I know the pain of such a tragedy. Although hard, she did her job as a mother continuing the unconditional love of her son fighting for his rights until her death. More profoundly, she fought the power of the US government acting as her own criminal defense attorney after being accused of taking part in numerous bombings as a member of the Panthers and won her freedom.

Much love and respect to this phenomenal women. May you rest with the ancestors and I hope you are with your son again. And that’s my thought provoking perspective… 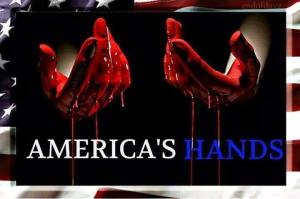 Freedom of speech and freedom of action are meaningless without the freedom to think. The problem here is that most of the world’s people are fed a study diet of lies to control their thinking. No other people have been more brainwashed that those of African descents to the point of near insanity. They tricked people into giving them the vote and made then think they are free. Meanwhile, the deceive those folks with a smile while gerrymandering districts to take away the vote.

Carter G. Woodson said in his epic novel The Mis-Education of the Negro that “if you control what a man is thinking you never have to worry about what he thinks”. This cultural group, black people, knows truth through the brutal experiences of history; yet believe His-Story and fail to realize his version of truth is nothing more than a deception.

To enforce its effectiveness they used what they called the “Good Book” that conditions the people to call a white man “father” and savior. Then they give you a dream of a place called “heaven,” where one day – when you die – everything is going to be amazing. This place has streets paved with gold waiting for you.

Here’s the problem with this concept, as I see it, black people have been living in and catching hell throughout all of America existence. Those who preach this theory do not seem to acknowledge that from the beginning of this race they “created and called “Negro” was intended to be a nation of people living in a nation without a nationality.

The word terror and terrorist is commonly used today but never used to address the practice used under the guise of “Manifest Destiny” or the theme of “White Supremacy” throughout the foundation of the nation. The terrorist of the past who stole the land to build a nation called themselves patriots. They created a vile terrorist group, the KKK, and if they don’t actively support it – they sympathized because they did not and don’t neutralize it. There are government documents proving that the top law enforcement agency created and use of a subversive program called COINTELPRO to “neutralize” what they believed to be threats to neutralize black leaders.

Even with documented facts, there are some people who don’t take seriously the extent of the FBI, CIA and other government agencies to take down black people for the simplest threat to the power structure and control. We know assassinations, murder, and terror at the hands of the government has been a staple influencing curtain desired outcomes. Not only abroad but right here on the nations streets. I suggest as evidence, the murders of Dr. King, Malcolm X, JFK, RFK, and countless lynching and black people killed at the hands of the police.

More dangerous in my view was the documented involvement of the government in the Crack Cocaine Epidemic and the extreme sentencing guidelines resulting from the War on Drugs. If that didn’t work to destroy a black lives and communities, the system will assassinate and destroy the character of a person to neutralize the target. For example, Bill Cosby, Michael Jackson, Dave Chappelle, Lauryn Hill, Jimi Hendrix, Tupac Shakur, Whitney Houston, etc… With the advent of technology, this can be easily done with satellites, social media, iphones, computers, and mainstream media under their control.

The people of African descent from the day they were first dragged onto the shores of this place they called “merica” have been subjected to the most inhuman brutality and oppression incomparable to any moral or Christian ideology. Being conditioned to believe in a man pictured to look like the oppressor to worship and call father makes that domination possible. Keep in mind there is always the remembrance of Nat Turner and Denmark Vesey that produces the fear that drives the thinking of the oppressor. There must never be a black messiah!

With the resurgent of killings at the hands of the law clearly speaks to a culture of oppression and supremacy. It is clear, and I have said many times, that the system is designed to protect the system! For those with blood on their hands, we know it is your purpose to make sure people of African descent will never be anything more than what you were created to be – a slave physically or mentally. And to make sure that this once mighty race of people never rise again!

in terms of race relations; when you consider stealing the land, the African, slavery, lynching, police killings, and all manner of abuse. Who is the terrorist! Therefore, in light of “their” horrible history and past they have blood on the hands! And that’s my thought provoking perspective…